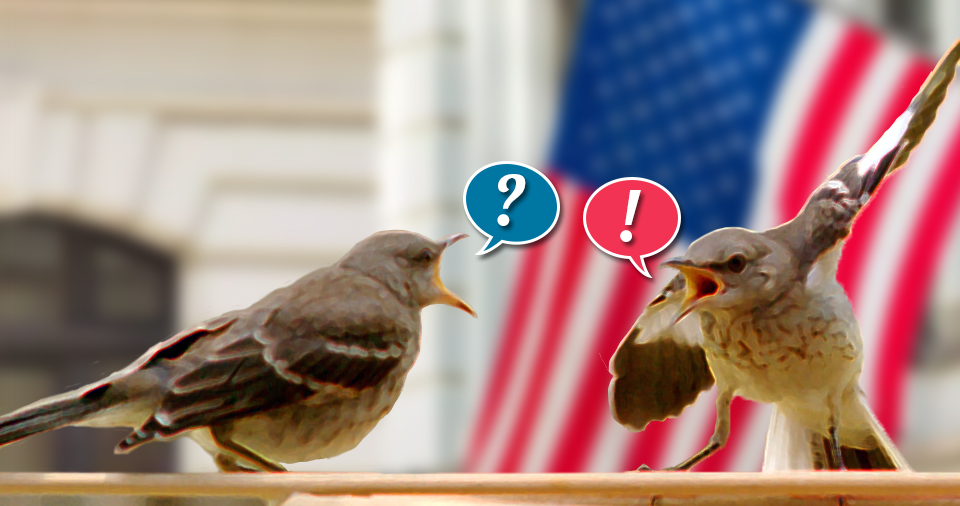 Dear Republicans: Your cruel and reckless policies are terrifying millions of your fellow Americans and I’m trying to understand how you’re okay with this. Many of the planks from your party’s platform don’t even make sense from a conservative standpoint.

UPDATE: With the GOP trying to ram through their Graham-Cassidy Affordable Care Act ACA with a Sept. 21 Public Policy Poll showing only 24 percent support from voters — and evidence of Donald Trump’s collusion with Russia piling up by the day, the Republican Party comes across as more and more irrational and senselessly cruel by the day.

Can any Republicans out there please answer these questions?

1. Why are you outraged by Hillary Clinton’s mishandling of classified information — which the GOP-appointed former FBI Director James Comey said was careless at times but not illegal — but not Donald Trump’s frequent breaches and connections with our long-time enemy, Russia?

2. If the GOP’s policies create jobs and prosperity, why are the 20 poorest states (except for New Mexico) run by Republicans?

2a. If GOP lawmakers care about their constituents, why is the quality of life in GOP-run states worse by nearly every possible measure?

3. Do you think the government should protect you and your neighbors from a corporation poisoning your community’s drinking water? Or polluting our air? Or should companies have the freedom to do whatever’s most profitable for them?

4. In a free market, shouldn’t groups of American workers have the right to pay organizations to represent their interests the way big corporations pay lobbyists and make campaign donations? If so, why are Republicans against unions?

5. If tax cuts for corporations boost the economy and create jobs, and corporate taxes paid have declined since the 1960s, where are all the jobs?

It is often claimed that American corporate tax rates are much-higher than the international peers @joshbivens_DC https://t.co/cNJOG2YrQy pic.twitter.com/T1Fd9Ov4QL

7. If we cut federal regulations and public services to prevent government overreach, what will prevent corporate overreach?

8. Since employers no longer provide health insurance and you want Obamacare repealed and defunded, are you okay with you, your family members, or your neighbors getting sick or dying from treatable conditions?

9. Since CEOs get paid millions of dollars while even the president of the U.S. makes only $400,000 a year, why do you think the private sector provide public services more efficiently and economically than the public sector?

9a. Why do you think it’s better for public schools, prisons, and other public services to be run by for-profit companies?

10. Why do you believe protecting our borders more important than protecting the health of our citizens?  45,000 Americans died each year from lack of health insurance (before the ACA) and just 74 die per year from foreign terrorist acts,

[CORRECTION NOTICE: I accidentally linked to the same Business Insider article twice. The first link ed to an article in the Harvard Gazette that cited a study from the American Journal of Public Health].

10a. Do you believe healthcare is a human right? If not, why won’t the lawmakers you voted for just come out and say so?

11. If there aren’t enough jobs to go around and the government shouldn’t employ more people, what happens to the millions of people who want or need jobs and can’t find one?

12. If one of the women Donald Trump bragged about grabbing “by the pussy” was your mother, wife, or daughter, would you still have voted for him?

12a. Do you think the way Donald Trump talks about and treats women is acceptable? I always thought conservatives believed in protecting women.

13. Far more Americans are killed by white male terrorists than by Islamic extremists, and law enforcement agencies now see white anti-government militants as among the greatest threats they face.  Should we start profiling angry white men the way we do Muslims?

13a. Why are you okay with white supremacists but not Black Lives Matter?

Not one American flag #Charlottesville pic.twitter.com/GviKRZq6LP

14. Americans work more hours than people in any other industrialized country except for South Korea. So if the secret to success is “hard work” — instead of some having the system rigged in their favor — why aren’t we all rich?

15. If the United States of America is a “Christian nation,” why don’t the words “Christian,” “Christianity,” or “Jesus Christ” appear anywhere in the Declaration of Independence or the U .S. Constitution?

15a. Why do you think it’s okay to force laws and policies based on your religious beliefs on those who don’t share your beliefs? (Such as climate change denial, bias towards LGBT people, and denying women her constitutional right to reproductive choice). If our country had a Muslim majority instead of a Christian majority, would you think that gives them the right to impose Sharia Law?

17a. Do you think it’s acceptable for a democracy to force girls and women to have babies against their will because of your religious beliefs?

18. If a child’s parents make bad choices, do their innocent children deserve to go hungry because of it?

19. Why do we need to spend more money on the military?

20. If it’s okay to require a license, registration, and insurance to own a car, why isn’t it reasonable to require the same for owning a gun?

21. Why do we punish undocumented immigrants but not the people who hire them to avoid paying people like you higher wages?

21a. If you believe in “family values,” why do you support senselessly cruel and unnavigable immigration policies that tear families apart and punish their children?

22. 97 percent of scientists agree that climate change is a major threat and that it is caused by humans. Your community is likely among those that will be affected. Why don’t you believe them?

23. How does banning gay marriage, forcing women to have babies they don’t want, requiring transgender people to use the bathroom of their birth gender at the risk of bullying and physical violence, and elevating corporate rights over individual rights square with your conservative principles of personal freedom?

24. Do you think people addicted to opiates should receive help and treatment or be left to die on the streets?

25. Have you ever received help from a Federal government program when you’ve needed it?

26. If you answered “yes,” what would you have done if that help were not available?

27. When has a law or policy promoted by the Republican Party ever helped you when you’ve needed help?

28. If Republicans aren’t racist or sexist, why do their policies disproportionately hurt women and people of color?

After writing this, I got some thoughtful responses from some conservatives.

Here are two follow-ups posts. Also, while I was specifically talking about Republicans and the GOP, I also heard from thoughtful conservatives / right-leaning independents who often support some but not all of the above stances I mentioned.