Our Checks and Balances Have Failed Us: That’s by Design 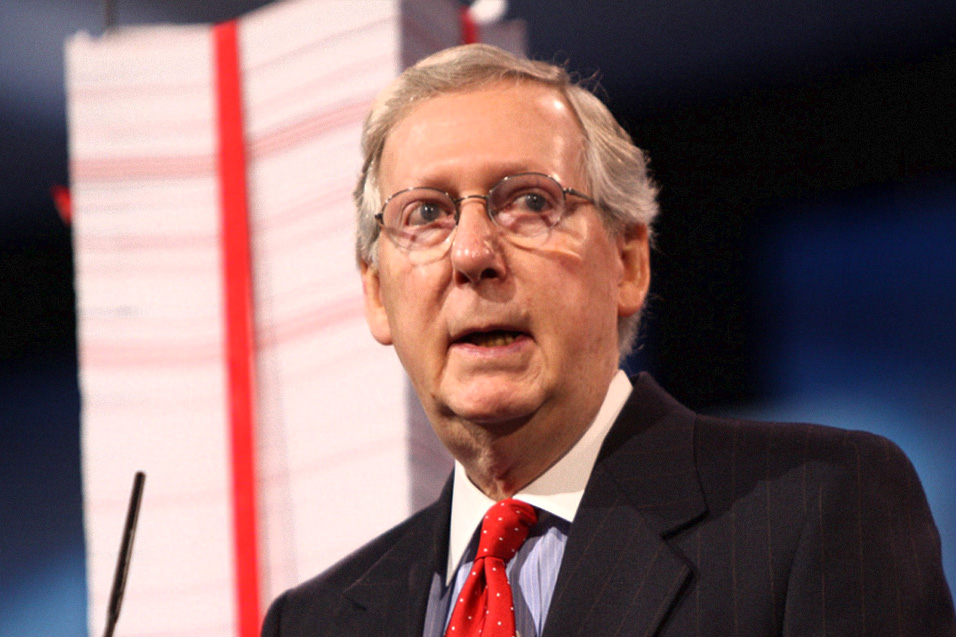 Remember how we learned about all those “checks and balances” we have in our Constitution during U.S. civics or history class? It’s all a sham. We need to get out there.

If our system actually has “checks and balances,” how do you explain the GOP’s president Donald Trump? Or Senate so-called “Majority” Leader Mitch McConnell?

Seriously. Trump lost the popular vote by 2.8 million in 2016. Even the swing states that handed him the Electoral College had margins of victory that were vanishingly small. But like George W. Bush before him, he acts like he has a mandate. Despite the fact that his toxic agenda’s cruel and illegal, Trump issues more executive orders than we can keep up with.

Meanwhile, McConnell’s GOP senators got a whopping 12 million fewer votes in 2018 than their Democratic rivals. (And, holy crap, I’ve been incorrectly citing the number as 8 million based on an earlier report.)  And the turtle-faced old bastard only has a 33 percent approval rating in his home state.

Yet he’s been able to block all kinds of popular appointments and measures by not even allowing a vote. This includes a veto override for a bill ending the U.S. government shutdown that passed with a veto-proof majority.

How is it even possible for such wildly unpopular office holders to wield so much power?

“Checks and Balances”? If You Think We Have a “Democracy,” You Are Sorely Mistaken

Our schools taught us about how our founding fathers struggled to get the U.S. Constitution ratified. And how gaining enough signatures meant forging a “Great Compromise” between the “small states” and the “large states.” States with lower populations feared getting dominated by states with higher populations, our teachers told us. And that’s why we now have the Senate and the Electoral College.

There’s just one thing about these so-called “checks and balances” they’re leaving out. One pretty major thing. The reason these so-called “small states” had “lower populations” was that they had so many slaves. And, of course, those slaves weren’t allowed to vote. Slave owners wanted their slaves counted for representational purposes. But, of course, they didn’t want to allow their slaves any actual representation.

Thomas Jefferson and some of our other founding fathers from slave states knew this was untenable. They wanted to end — or at least limit — slavery in the U.S. But in the end, they did what we white people always wind up doing. In the face of determined opposition (In this case from the states of Georgia and South Carolina), they caved. They then came up with a deeply flawed — from a moral standpoint — compromise to keep us all together.

And this is: We’ll just kind of ignore the gross injustice of slavery because a handful of rich and powerful people want it. And, when we try to explain this vile system to others, we’ll say it’s because we “love freedom.” After all, the world doesn’t have to know in the U.S., “freedom” means “freedom to exploit and discriminate against others.”

Why Do We Have the Electoral College and the Senate?

Both the Electoral College and the U.S. Senate exist solely to give extra voting power to slave owners and their ideological descendants.

We’re told that the Electoral College and the U.S. Senate — both profoundly unjust institutions — provide “safeguards” against “mob rule.” But in the five cases in which the U.S. Electoral College overruled the popular vote, no “mob rule” was evident. In fact, one can argue that in the most recent cases — the 2000 and 2016 elections — our “mob” majority clearly voted for the more rational, capable, and qualified candidate.

And also, in those pre-2000 cases, both sides had to come together and find a way to move forward. Now, the GOP abuses these non-victories to push their toxic agenda onto an unwilling public that clearly voted against it.

In the mid-20th century, the New Deal and Great Society gathered strength and moved forward. We had a dynamic society and the most broadly-shared prosperity known to humankind. We landed on the moon, produced fascinating music, art, and architecture, and had a renaissance. We were also well on our way towards ending poverty, inequality, and abuse of the environment. Then, things started moving backward and the Southernization of America resumed.

We may have ended formal slavery after the civil war. But what the 13th Amendment giveth, it also taketh away. For starters, it allows prison labor and spawned the school-to-prison pipeline. Our nation and our economy were — and still are — built on slavery and genocide. And the Masters of the Universe who benefit from this profoundly unjust system won’t give it up easily. Our current battles are the same battles we’ve always fought. After all, Immigration, healthcare, civil rights, climate change, and our other core issues are all related. They all tie into our need for a system that serves We the People and our planet, not those seeking to exploit us.

Vote and Bring Everyone You Know Out to Vote

We can fix this. But we’ll need votes. Lots of them. As recent elections have taught us, winning the popular vote isn’t enough. We need to win supermajorities and in the right places. We also need to do everything possible to ensure that every vote is counted. This means we need to get out the vote, not just where we live, but in other communities as well. This means being the tiresome individual who makes endless phone calls and goes door to door. This means poll watching. This means reaching out to folks in other districts via phone calls, postcards, and our personal relationships. This means pulling out all the stops.

This means, we’ve got a long slog ahead of us.