Hillary Clinton Wins Popular Vote By 2.8 Million, And This Is NOT A Democracy 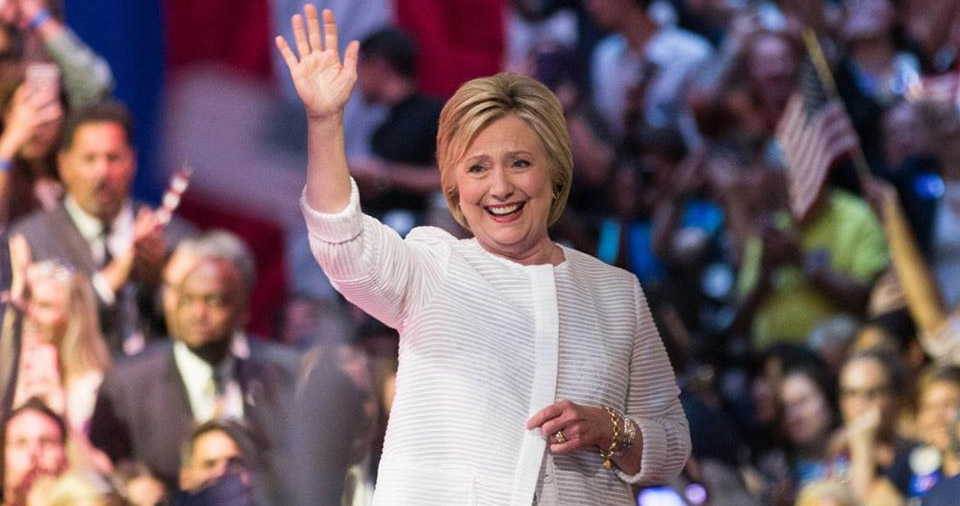 In what kind of “Democracy” does an unqualified demagogue “win” an election after losing the popular vote by 2.8 million?

Donald Trump did not even come close to winning the popular vote. We call our country a Democracy. But if we had anything even close to a Democracy, and even if electors did what the Electoral College was allegedly designed to do, Hillary Clinton would be our president-elect, not Donald Trump.

And as of December 15, Hillary Clinton’s stunning lead surged even further to over 2.8 million.

With 136.5 million votes counted, the final national popular vote result is very likely to be:

On top of that, the United States Election Project reports voter turnout is now swiftly approaching 59.1 percent. That’s higher than 2012, and the third-highest since 1972, when the 22nd Amendment lowered the voting age to 18. The other high-turnout elections were 2004 with 60.1 percent and 2008 with 61.6 percent.

So why are we stuck with Donald Trump? Because of the Electoral College, in which people don’t vote for the president, electors elect the president based on how people in their states voted. But here’s the twist: Donald Trump didn’t just lose the popular vote, his margin of victory in the states that handed him the electoral votes required to win the presidency were less than 2 percent. But we’ll never know because Republican-run swing states do everything possible to keep people from voting, and to keep their votes from counting when they do vote.

Donald Trump’s margin of victory was so narrow in the swing states of Wisconsin, Michigan, and Pennsylvania the Green Party’s Jill Stein filed lawsuits to demand recounts.

In any case, Donald Trump — a lying, scamming, racist, rage-tweeting, p*ssy-grabbing, homophobic, anti-Semitic, Muslim-hating demagogue — is clearly unfit to serve as President of the U.S. The Electoral College is a highly un-Democratic institution, yet our founding fathers created it as a safety measure to prevent the very scenario we’re seeing unfold. Instead, Trump and the most extreme elements of the GOP are swaggering around as though they’ve won a mandate.

In Federalist 68, Alexander Hamilton wrote that the Electoral College is meant to preserve “the sense of the people” while ensuring that “that the office of President will never fall to the lot of any man who is not in an eminent degree endowed with the requisite qualifications.” As for the electors, they’re supposed to be men and women with good judgement who care first and foremost for the welfare of our nation and the American people.

‘[M]en [and now, women] most capable of analyzing the qualities adapted to the station, and acting under circumstances favorable to deliberation, and to a judicious combination of all the reasons and inducements which were proper to govern their choice.’

But instead of doing their patriotic duty and voting for Hillary Clinton, electors in GOP-run states see themselves as party apparatchiks hellbent on the Republican Party’s hostile takeover of America. In some cases, GOP electors’ responses to the desperate pleas of their fellow citizens have been cruel, insulting and downright disgraceful.

But what else would you expect? After all, the Electoral College and the Senate are both intentionally un-Democratic institutions that claim to preserve us from mob rule, but which actually were designed to give the slave-owning southern states (and their ideological descendants) disproportionate representation.

GOP to America: Screw you and your popular vote.

A response that stands out for its sheer cruelty and gall is this email auto-reply from Michigan’s John Haggard:

The Electoral College has only overridden the popular vote four times: And never when the difference between outcomes has been this vast and the margins of victory in swing states so vanishingly small. According to FactCheck.Org, these exceptions were:

Never in the history of our nation have we ever had so many angry and despairing voters begging our unelected electors to not inflict a person on us. This wasn’t an election. It’s the GOP’s hostile takeover of America.

Featured image: Hillary Clinton campaign via Facebook. H/T: Daily Kos. A version of this originally appeared in the Bipartisan Report.