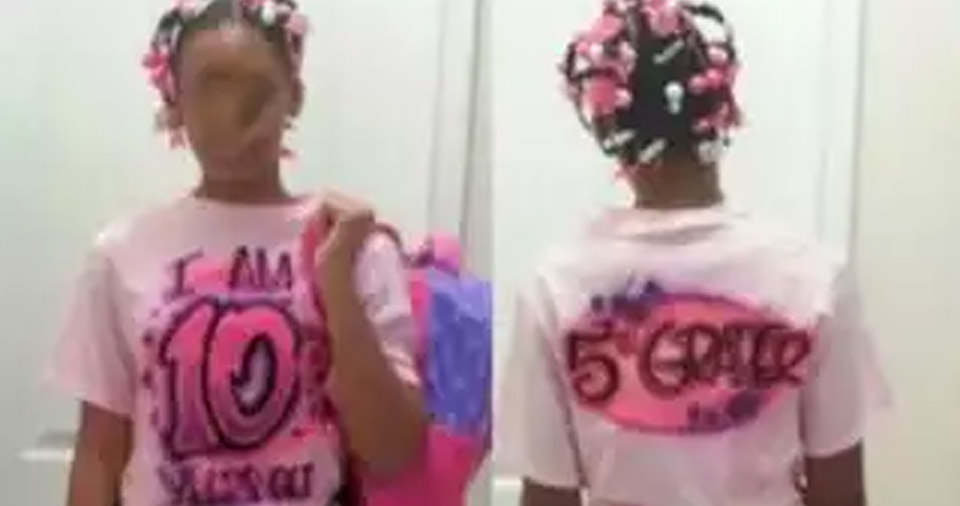 Is publicly shaming a child ever acceptable?

When Kevin Jones found out that his beautiful, 5’9″ daughter with the cute figure had social media accounts and was dating— both of which are against his rules — he took swift and decisive action by shaming her on Facebook. Jones styled Janiya’s hair with little-girlish pink baubles, had her wear a pink T-shirt that says “I am 10 years old” on the front and “5th grader” on the back, and even gave her a pink backpack and a matching pink pair of sneakers to match.

At first glance, one might slam Jones’ photo and his discipline by public shaming as excessive, abusive, and humiliating … And many people did. Then you read his Facebook post and realize that Janiya Jones actually IS a 10-year-old fifth grader! That makes things more complicated.

On the one hand, this writer cringes at the idea of publicly shaming a child. On the other hand … if you were Janiya Jones’ mom or dad, what the heck would you do?

Here’s the photo that got posted on Facebook by this concerned dad from Louisville, Kentucky. 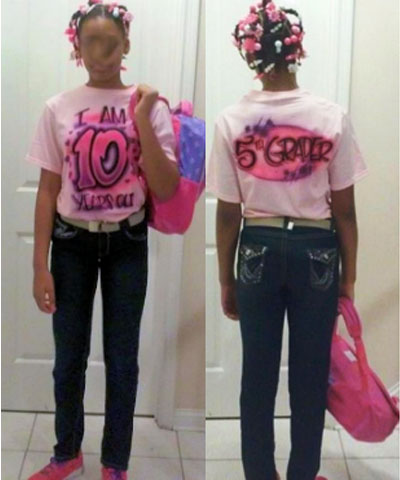 Since my beautiful daughter Janiya wants to be grown & lie about her age. Saying she is 14,15,16, &18 years old. She claims to be in love and going out with a boyfriend which is completely against my rules!!!! I uncovered that she has been doing this for quite some time. She has snuck and obtained social media accounts, also against my rules!!!! Here’s the consequences behind her actions. An age defining shirt. yes people she is 5’9″ and 10 years old. #BuddiesBarrettesBallBalls

So what do parenting experts think of Jones’ unorthodox disciplinary measures? Yahoo! News spoke with Dr. Stacey Radin, a psychologist and founder and CEO of Unleashed NY, a social justice program for middle school girls. She responded:

“I would not encourage public humiliation. Maybe [Jones] was anxious and wanted to stop her, but put yourself in this daughter’s position — ashamed, embarrassed. Those aren’t the feelings you want to create. Parents should be building up their kids, not tearing them down.”

Radin then recommends that parents in Jones’ situation have a “private conversation” with their children and shut down their social media accounts. But… That’s easier said than done. Would Radin sound so smugly humane if she had a 10-year-old daughter with a 15-year-old’s body? 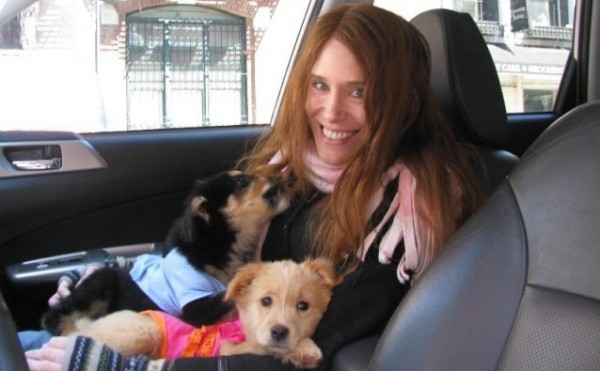 Parenting expert Dr. Stacey Radin doesn’t have to worry about these babies getting in trouble too young. Unlike Jones, she has the option of having them spayed.

While many people — like Dr. Stacey Radin — were highly judgmental, the majority of social media posts and comments are supportive of Jones’ creative disciplinary methods. One Facebook user tells those who thought he was too harsh to “#GetReal!”: 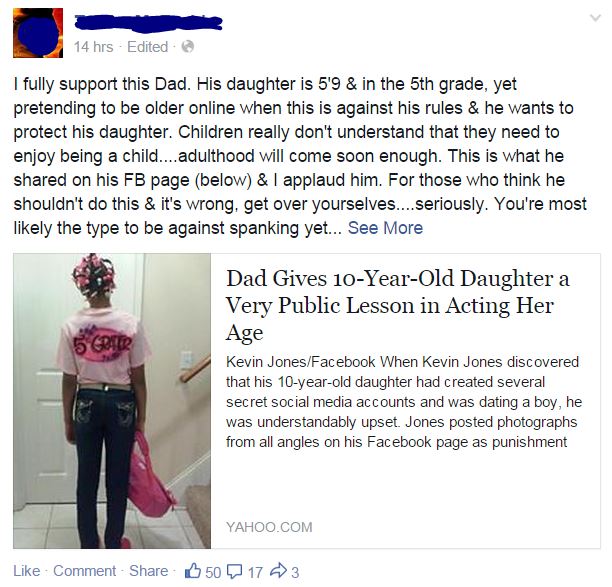 “I fully support this Dad. His daughter is 5’9 & in the 5th grade, yet pretending to be older online when this is against his rules & he wants to protect his daughter. Children really don’t understand that they need to enjoy being a child….adulthood will come soon enough. This is what he shared on his FB page (below) & I applaud him. For those who think he shouldn’t do this & it’s wrong, get over yourselves….seriously. You’re most likely the type to be against spanking yet he can’t do this either? ‪#‎ Getreal‬ ! He’s trying to teach his TEN year old a lesson & save her from so much agony & hurt later on from stupid decisions she’ll make, ‪#‎ GoDad‬ “:

A local radio station praises Jones for “Great parenting at its best!”

And in case you think these are all some hardcore, right-wing disciplinarians, liberal activist Sadie Citrus tweeted, “Standing Ovation to the Dad of the Year: Kevin Jones”:

And this great comment — from Brian Parris — reminds us that a picture is worth 1,000 words. 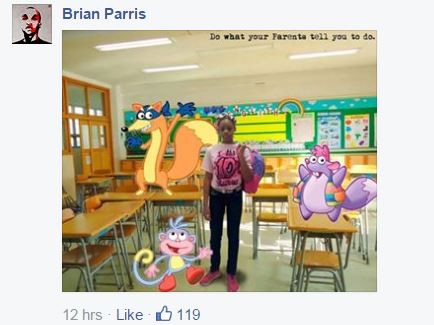 Oh, and by the way, parents worry about their underage boys too.

While I can’t imagine calling out  her own 12-year-old daughter in public (she is petite and looks younger than her age, but is still often up to no good), I also cannot even begin to imagine how scared Kevin Jones must feel at having a daughter who looks like a teenager, is attractive to teenage boys (and — GAGH! — maybe even full-grown men!), and who plays at teenage relationships even though she is still only a young girl.

There’s also the possibility that Janiya is able to get into mischief because her father’s still at work when she gets out of school. While the number of latchkey kids has declined since the 1970s and 1980s now that after school care programs are more common, one in nine kids are still on their own until their parents get home from work. If that’s the case — and many families lack affordable childcare options — this dad’s priority is to keep his daughter safe. I like to think that I would have come up with something creative and effective that didn’t involve public shaming. But even with 20-20 hindsight, I don’t know if anything I’d come up with would work.

A local radio station praises Jones for “Great parenting at its best!”

Featured Image: Kevin Jones via Facebook. A version of this article first appeared on Addicting Info.