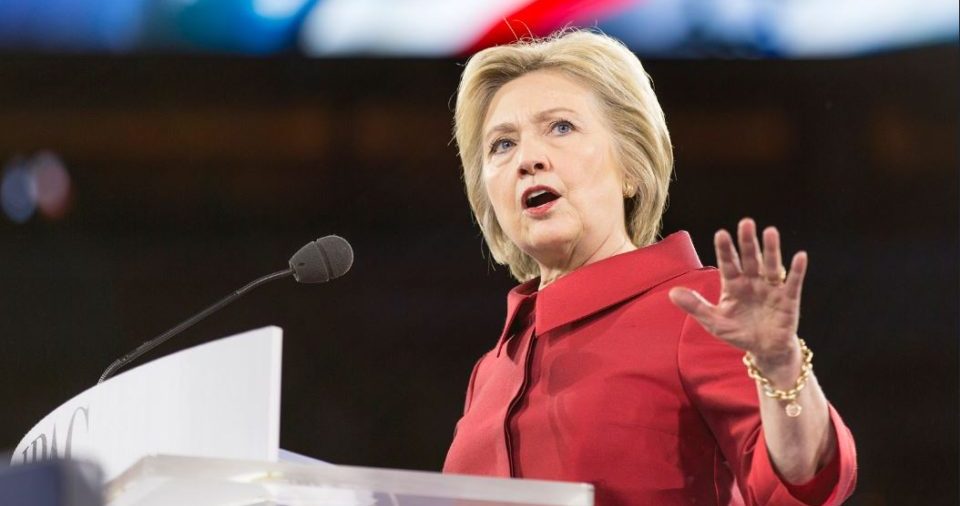 How would the economy look if Hillary Rodham Clinton were president? A new report from Moody’s Analytics estimates that her proposals would create a whopping 10.4 million jobs if Congress enacts them.

CNN Money explains this would be 3.2 million more jobs than economists predict would be made under the current scenario. Our GDP growth would also spike from 2.3 percent to 2.7 percent under a Clinton administration.

So what is Moody’s Analytics? They’re the economic research arm of stodgy old Moody’s Corp., the bonds ratings firm. Their forecasting model and economic formulas are similar to the ones used by the Congressional Budget Office (CBO) and the U.S. Federal Reserve.

But what if Hillary Rodham Clinton can’t get her agenda through Congress?

But wait, the skeptics caution: The GOP-controlled House and Senate would never pass any laws put forward by Hillary Rodham Clinton. But guess what? That doesn’t even matter, Moody’s writes in their report.

The upshot of our analysis is that Secretary Clinton’s economic policies when taken together will result in a stronger U.S. economy under almost any scenario.

Even if the White House hopeful only gets part of her agenda through, we’d still have better numbers than we do now.

The team at Moody’s also ran the numbers on what would happen if Clinton could only get some of her policies through Congress. This “Clinton Lite” option still produces stronger growth in GDP and jobs than current law, but the gains aren’t as impressive.

Even if the Democrats can’t take back the Senate and the House by 2018, and Hillary Rodham Clinton gets stuck with the same damned obstructionist GOP Congress that plagued President Barack Obama, we’ll still be better off than we would be under He-Who-Must-Not-Be-Named.

In a third scenario, under which Clinton is elected but congressional opposition prevents her plans from being implemented, the economy’s performance is similar to what is expected under current law.

Overall, the economists at Moody’s approve of the former first lady’s policies:

Moody’s found that several of Clinton’s key policies would boost the economy: Her immigration proposal would increase the number of skilled workers in the country, more government spending on infrastructure would help business productivity, and her paid family leave proposal would bring more people into the workforce.

And despite the fact that Hillary Clinton’s proposed investments in education, infrastructure, and U.S. workers mean more taxes for the rich — and the finance firms and other businesses they run — the economists at Moody’s concede that the numbers mostly add up and create no additional debt.

They’re a bit more skeptical about raising the minimum wage to $12. They claim it would cause businesses to lay off 650,000 more people. But the Seattle, WA investor and entrepreneur Nick Hanauer disagrees. In an article for Business Insider, he discusses a report on every minimum wage hike since we first set a minimum wage in 1938.

The results were clear. Of the nearly two dozen federal minimum-wage hikes since 1938, total year-over-year employment actually increased 68% of the time

And what about our economy under a President Donald Trump? CNN flatly summarizes a June report from Moody’s: “The super rich would get richer and everyone else would be worse off.”

Just how bad would it get? The downturn under a President Trump would last longer than the Great Recession. About 3.5 million Americans would lose their jobs, unemployment would jump back to 7%, home prices would fall, and the stock market would plummet, Moody’s predicts.

Featured image:  cc 2016 Lorie Shaull via Flickr. A version of this first appeared on Liberals Unite.