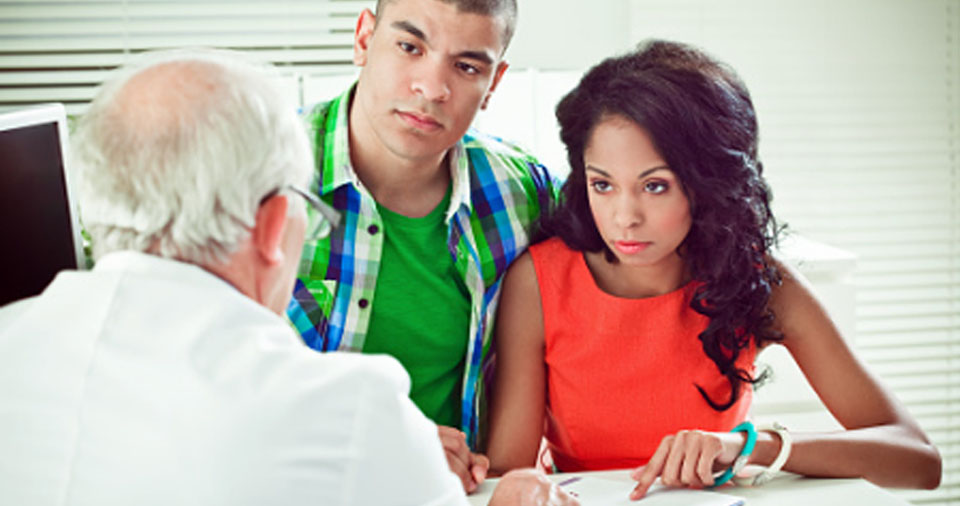 Still think Obamacare and charity can fill the gaping holes in our for-profit healthcare system? Patients and workers at St. Joseph Hospital in Tacoma, Washington may disagree.

“We carefully consider all charity care applications we receive and approve all who qualify,” Cary Evans from CHI Franciscan Health, which runs St. Joseph’s, told Komo News. “As a nonprofit charitable organization, we are committed to providing the highest quality care to everyone who needs it.”

This is exactly how Republicans like House Speaker Paul Ryan (R-Wisc.) think our healthcare system should work. Why have the U.S. government use its muscle to help people who can’t afford health insurance, when charities and churches can help people instead?

There’s just one problem with that.

We need Medicare for All

Why do we need Medicare for All? Because charity can’t replace the kind of single-payer, government-run, not-for-profit healthcare programs people have in every modern Democracy except for ours.

A lot of patients and healthcare workers at CHI Franciscan’s St. Joseph’s Hospital in Tacoma say they’re not getting any help at all. Instead, workers are told not to mention charity care, to pressure patients without insurance to pay up-front and to shame them when they can’t. This is in spite of the fact that Washington State has a law that requires hospitals to provide charity care and screen patients to see if they’re eligible.

That’s right. One of those “Christian” non-profits the GOP loves so much was doing everything they can to weasel out of helping people in the community they’re supposed to be helping.

There must have been a lot of complaints against St. Joseph’s and CHI Franciscan. In September, Washington State Attorney General Bob Ferguson slapped them with a lawsuit, according to The News Tribune. At a press conference, Ferguson explained:

“These laws exist for a reason: to help ensure that everyone has access to affordable medical care. St. Joseph’s conduct is illegal, and harms vulnerable Washingtonians.”

“St. Joseph placed obstacles in the way of thousands of individuals in need of affordable health care. St. Joseph’s conduct is illegal and harms vulnerable Washingtonians.”

The push for this lawsuit began two years ago at a community forum hosted by the Service Employees International Union (SEIU) Healthcare 1199. Last week, the SEIU Healthcare 1199 held another public forum to connect with community leaders, share stories, and unite in holding CHI-Franciscan’s feet to the fire while demanding affordable healthcare.

There, several people shared heart-wrenching stories of their experiences with “healthcare” at St. Joseph’s hospital. Many went deep into debt, ruined their credit, had to choose between buying their meds or feeding their families, and — in at least one case — stopped going in for their cancer treatments because they could no longer afford it.

To add insult to injury, many of them actually work at St. Joseph, don’t get health insurance, and aren’t paid enough to afford medical care even though they work in a hospital.

St. Joseph workers and patients share their stories…About being denied the charity care they’re entitled to by state law.

Summerlove Holcolm, a CNA (Certified Nursing Assistant) at St. Joseph, had cancer. Yet St. Joseph’s denied her financial help “even though based on the criteria I qualified for charity care.” And because she couldn’t afford treatment, they garnished her wages.

“Due to my health condition I have many medical bills in collection and have been having my wages garnished by my own employer CHI for quite some time now, even currently as I speak.”

That’s right. St. Joseph’s garnishes wages from their own workers, which they’ve accrued because St. Joseph’s was too cheap to pay a living wage and provide good health insurance. Janet Lagour, a dietary aide who also works at St. Joseph’s, also had a tale to tell. She had to have surgery and got hit with a bill for over $16,000, and the hospital — her own employer — wouldn’t even work out a payment plan with her.

“I tried to make payment plans, but they wanted too much money at that time and they didn’t want to work with what I was able to pay, so they send me to collections, where I ended up paying over $23,000 dollars, paying $500 a month over 5 years.”

Lagour couldn’t resist pointing out the cruel irony of “a Catholic hospital with no compassion for their workers.”

And then there’s Alicia, whose husband owes $14,000 in emergency room bills. He got transferred to St. Joseph’s from St. Claires, where they screwed up his insurance paperwork so his treatment wasn’t covered. While he tried to straighten it out, they sent his account into collection. When he asked about charity care, they sent him a 20-page long application full of questions that were often irrelevant and flat out invasive and gave him the runaround. The couple also was forced into bankruptcy.

Dexter Gordon from the University of Puget Sound and Community Care Alliance said when he hears these stories it “really breaks my heart.” Instead, he wants transparency and dignity in healthcare. “Healthcare should not be something you have to fight for when you’re sick,” he concluded.

“I don’t want to ever come to a meeting like this again.”

State Rep. Laurie Jinkins (D-Tacoma) gave a shout out to those gathered in the room, noting how much they’d accomplished since they held the first community forum two years ago. She also introduced a bill that would require hospitals in Washington state to require all billing statements and related phone calls to include a statement about the hospital’s charity care being available. The bill passed unanimously in the House, but the companion bill (SB 5231) languishes in the Senate.

“I am so done with the medical-industrial complex making millions of dollars from people in this district and not providing the charity care that they are required to provide.”

She then declared, “I don’t want to ever come to a meeting like this again.” Instead, she wants “good jobs, good wages, and good healthcare for everyone.”

Lili Sotelo from Columbia Legal Services in Seattle added that we need more “fairness in economic systems,” and instead St. Joseph’s was not only incompetent but also had “procedures and scripts in place” to deter people from seeking charity care. She then asked people in the room to spread the word: Even though people at St. Joseph try to make people feel ashamed, “you can apply for charity care ANY TIME.” There’s no statute of limitations and “even debt collectors are bound by this.”

A man noted, “Many St. Joe stories come from the seventh circle of Hell,” and added, “We are human. We deserve healthcare.”

But the quote that won the day [at least in this writer’s opinion] came from a woman who stepped up to the mic to share her thoughts, then brilliantly said that here in the U.S., “We don’t have a healthcare system, we have a healthcare industry.”

I owe the SEIU Healthcare 1199, Lori Jinkins, those who’ve bravely spoken out, and a host of others an immense debt of gratitude. We moved here recently, my husband had gotten laid off and then his contract work dried up, and after months of health issues, my doctor found I had a massive grapefruit-sized tumor on my ovary. She said I needed surgery so they could see whether it cancer (thankfully it was benign). I refused at first because our health insurance plan (through the not-Affordable Care Act) had a high deductible and we could barely even afford the premiums anymore. Plus I’d used up all my yearly doctor’s visits and it was only May.

My doctor told me about the charity care, didn’t shame me (as a typical American, I was already ashamed enough), had a social worker contact me and send me the application, and — although it took a while — it came through and we didn’t wind up owing anything. I’m still amazed and grateful. It was hard enough going without the income I was earning during my surgery and recovery, we couldn’t have dealt with over $14,000 in medical bills on top of that.

I’m hoping that I was treated better than those I saw speaking because the law is being taken seriously or because Kaiser’s more ethical, and not because I’m white.

As for feeling ashamed, that’s a load of crap and as a liberal, I should know better. My husband and I have paid into — and are still paying — the healthcare system for decades. Why shouldn’t it be there for us when we need it? As for people who supposedly aren’t paying because they can’t afford health insurance, well guess what? We all pay through our taxes, and through our under-compensated labor. Do you seriously think our society can function without nurses’ aides, janitors, cafeteria/restaurant workers, farm workers, and all the other people who do the things that need to be done every day?

Plus, healthcare’s not a luxury item for the rich and for people with white color jobs at big corporations. Healthcare’s a human right.