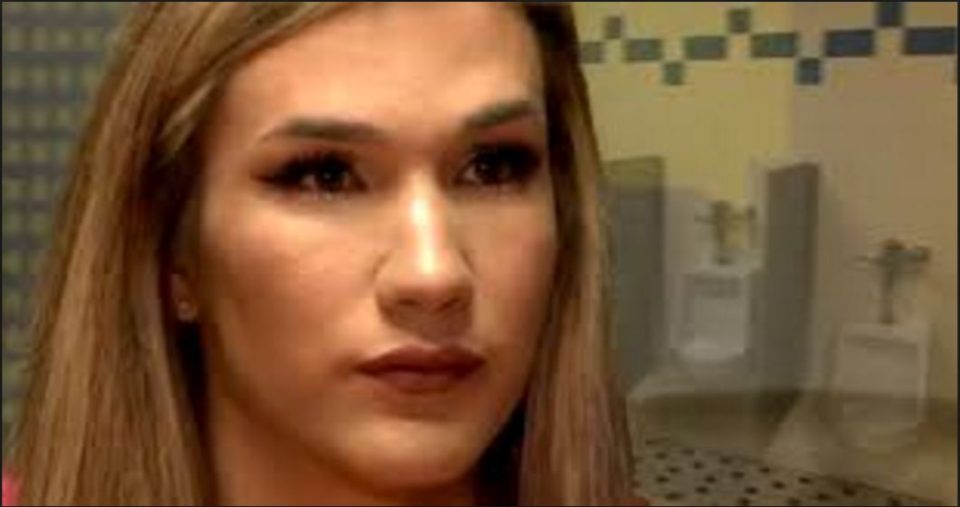 “There’s the girls, there’s the boys, and then there’s Landon,” transgender teen Landon Patterson explains. The articulate, soft-spoken, honey-haired activist confided to Fox4-KC that for years she never used a public bathroom.

Why? because she fears harassment, of course. And Landon Patterson isn’t just being paranoid.

Over 50 percent of transgender youth attempt suicide at least once. In a survey of middle schoolers and high schoolers, NoBullying.Com found that 82 percent of transgender kids feel unsafe at school. Plus, 44 percent report physical abuse from schoolmates, 67 percent say they’ve been cyberbullied, and 64 percent report having personal property stolen or destroyed. That’s a heavy load to carry.

During Landon Patterson’s time at Oak Park High School on the Kansas side of Kansas City, transitioning from male to female meant going for eight hours a day with no bathroom break to avoid bullying. Yikes. While many teenagers dream of things like making varsity, meeting their crush, getting all A’s, or leveling up, Landon Patterson dreams of changing the world one public bathroom at a time.

When she first began transitioning to female, Patterson was told to use the boys’ bathroom. But after much effort and working things out with her teachers, the school changed the rules so she could use the girls’ bathroom. Finally, Landon Patterson confided to Fox-4KC, she felt “normal.”

“Getting to go in there was awesome.”

If you don’t understand how Landon Patterson feels, try walking into the other public bathroom. The one that isn’t set up for your gender. Even if no one’s around to catch you in the act, everything will feel wrong. Why? Because it’s not designed for you.  Now, imagine your whole life feeling that way. Seriously, these things matter.

Think Progress reports Republicans in the Kansas House and Senate have introduced a loathsome pair of new bills called the “Student Physical Privacy Act.” SB 513 and HB 2737 supposedly seek to protect the public school and university students from the horrors of being exposed to transgender people while using public bathrooms on campus.

It’s hard to imagine any harm a transgender person could inflict in a public bathroom that a cisgender person could not, but apparently, conservatives have lurid imaginations. Kansas is not alone. Missouri and other states are mulling similar bills.

The anti-transgender bathroom bills supposedly seek to “maintain order and dignity in restrooms, locker rooms, and other facilities where students may be in various states of undress” by requiring students to use the bathroom for the gender assigned to them at birth. Because forcing a girl to undress and shower in a boys’ locker room is so damned orderly and dignified.

But wait, it gets even worse. The “Student Physical Privacy Act” also insists that any time a student finds a person “of the opposite sex” in their school bathroom, they can demand $2,500, along with “monetary damages for all psychological, emotional and physical harm suffered as a result of a violation of this section.”

This proposed “Cash for Bullies” transgender bathroom bill is sick and seriously insane. It would provide those who enjoy bullying transgender students — who already get bullied at alarming rates  — cash incentives for harassing them. And holding it in isn’t even enough: Anyone who mentions a transgender student’s name has the power to turn his or her life into a living Hell.

News stories like this convince me that state leaders and lawmakers who try to pass laws like this deserve to have their so-called “states rights” revoked. After all, are “states’ rights” ever invoked for anything besides attempting to take away American citizens out of rights that have been granted to them?  Not lately. Shame on us.