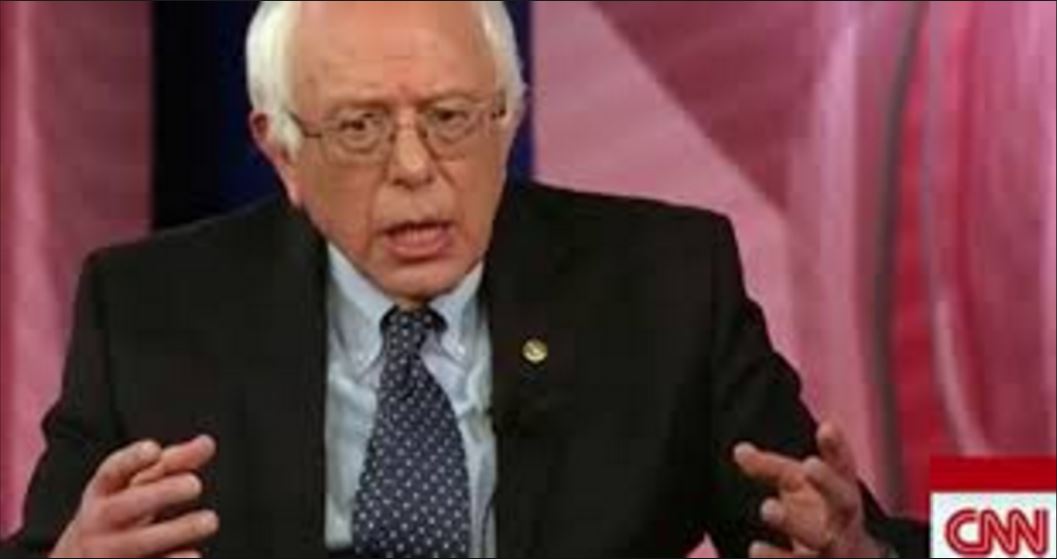 Amid all the talk about Wall Street, racism, Donald Trump, and the GOP’s obstructionism, Bernie Sanders was asked about his “spirituality.” That, of course, was meant to be a trap, a litmus test. Americans like their presidents Christian. In fact, we haven’t had a non-Christian president since Thomas Jefferson (Abraham Lincoln was raised Christian and kept quiet about his un-churched status), let alone a not-particularly religious Jew.

“Every great religion in the world — Christianity, Judaism, Islam, Buddhism — essentially comes down to: ‘Do unto others as you would have them do unto you.’ And what I have believed in my whole life — I believed it when I was a 22-year-old kid getting arrested in Chicago fighting segregation — I’ve believed it in my whole life.”

And then, Bernie Sanders even appeared to get a little choked up as he declared:

“That we are in this together — not just, not words. The truth is at some level when you hurt, when your children hurt, I hurt. I hurt. And when my kids hurt, you hurt. And it’s very easy to turn our backs on kids who are hungry, or veterans who are sleeping out on the street, and we can develop a psyche, a psychology which is ‘I don’t have to worry about them; all I’m gonna worry about is myself; I need to make another 5 billion dollars.’

But I believe that what human nature is about is that everybody in this room impacts everybody else in all kinds of ways that we can’t even understand. It’s beyond intellect. It’s a spiritual, emotional thing.

So I believe that when we do the right thing, when we try to treat people with respect and dignity, when we say that that child who is hungry is my child … I think we are more human when we do that, than when we say ‘hey, this whole world , I need more and more, I don’t care about anyone else.’ That’s my religion. That’s what I believe in. And I think most people around the world, whatever their religion, their color — share that belief. That we are in it together as human beings.

And it becomes more and more practical. If we destroy the planet because we don’t deal with climate change … Trust me, we are all in it together, and … That is my spirituality.’

Bernie Sanders must have been in a pensive mood that evening, CNN reports that the insurgent presidential candidate felt awed by all the people he met while campaigning who said he’d inspired their new interest in politics.

Watch: Bernie Sanders delivers a stunning response to a question about his religion and spirituality at the Democratic Town Hall in in South Carolina.

This is not the first time Bernie Sanders has talked about his more inclusive and secular take on spirituality. During an appearance on Jimmy Kimmel Live, Sanders also explained his deep sense of being interconnected.

“Well, you know, I am who I am. And what I believe in and what my spirituality is about is that we’re all in this together. That I think it is not a good thing to believe that, as human beings, we can turn our backs on the suffering of other people.”

My Reverb Press colleague Akira Watts observed that since seven states require a belief in God to hold office and  92% of Congress identifies as Christian, he found Bernie Sanders’ response to be “rather remarkable.”

First of all, note that Sanders does not directly address his belief in God. One could take this to mean that Sanders is an atheist or agnostic or simply that he thinks it is none of anyone’s damn business. Whatever the case, given how thoroughly our society is permeated with religion, it takes some guts to refuse to directly answer the question.

Perhaps America’s finally ready for a secular humanist in the White House.