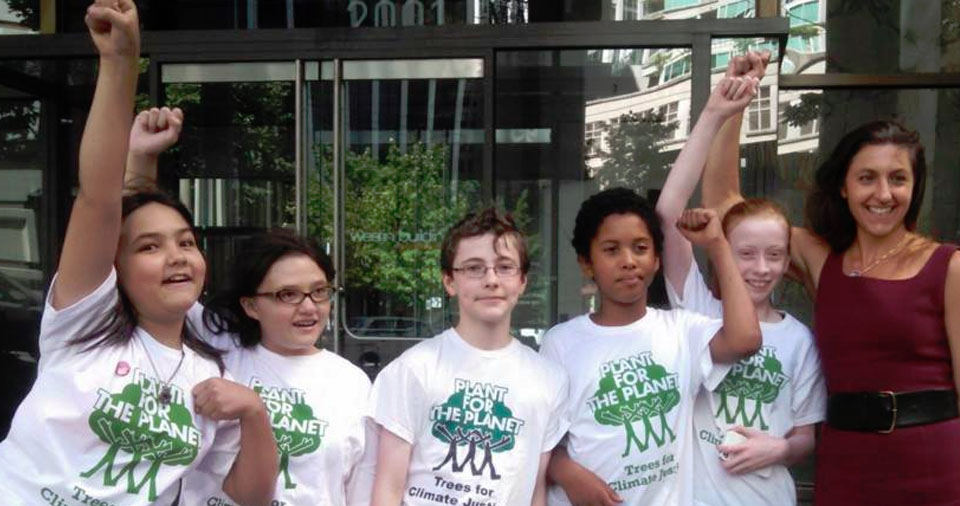 The Stranger reports the lawsuit was filed by eight child and teenage plaintiffs through Our Children’s Trust, a nonprofit group. The lawsuit holds that, by allowing the continued production and use of fossil fuels, the federal and state governments are violating these kids’ rights to life, liberty, and property as assured by the US Constitution. So take that, you so-called “Constitutionalists” in the GOP.

Last week, a federal judge in Seattle, WA handed climate change activists a stunning victory with a ruling that places the state on a court-ordered deadline to require polluters to cut their carbon emissions.

In April, Federal Judge Thomas Coffin allowed a similar climate change lawsuit to move forward in the state of Oregon. At first, Judge Hollis ruled against the lawsuit from the eight kids because WA state’s Dept. of Ecology was then in the process of creating a plan for reducing greenhouse gasses. Then the DOE caved into pressure from fossil fuel interests, erm, pulled back on their proposed Clean Air Rule to address “criticisms and feedback from businesses and environmentalists” back in Feb.

To explain why she reversed her ruling, Judge Hollis Hill told The Stranger:

“Ecology doesn’t dispute that current science establishes that rapidly increasing global warming causes an unprecedented risk to the earth, to the land, sea, and atmosphere, and all living plants and creatures.”

Judge Hill then added that fighting climate change — as the lawsuit insists our governments are required to do —  requires immediate action:

Natasha Geiling from Think Progress explains that the logic behind the wave of climate change lawsuits — which Our Children’s Trust has filed in multiple states — is based on a legal theory called atmospheric trust litigation. The brainchild of Mary Wood, a law professor at the University of Oregon, this theory holds that the air we breathe is part of the “public trust,” which our government is required to protect:

As further explained by Our Children’s Trust, this is based on a legal principle referred to as Public Trust Doctrine, which dates back to the Roman Empire in 535 CE. Public Trust Doctrine holds that natural resources like “the air, running water, the sea and consequently the shores of the sea” must be protected on the public’s behalf.

And sure enough, the effects of climate change has already created a crisis for 60-odd Biloxi-Chitimacha-Choctaw Indians in Isle De Jean Charles in Louisiana. Ann Werner reports here on Liberals Unite that they’re about to become our nation’s first climate change refugees as their island washes away into the sea. Although many residents don’t want to leave their home or the burial grounds of their ancestors, they may not have any choice.

Watch: Democracy Now interviews the young climate change activists who are suing the US government.

Back in April, in the wake of the 21 young climate change activists’ landmark victory in Oregon, Amy Goodman from Democracy Now held an eye-opening interview. Among the three kids present was  15-year-old Aji Piper from Seattle WA.

Featured photo: Our Children’s Trust via Facebook. A version of this article first appeared on Liberals Unite.