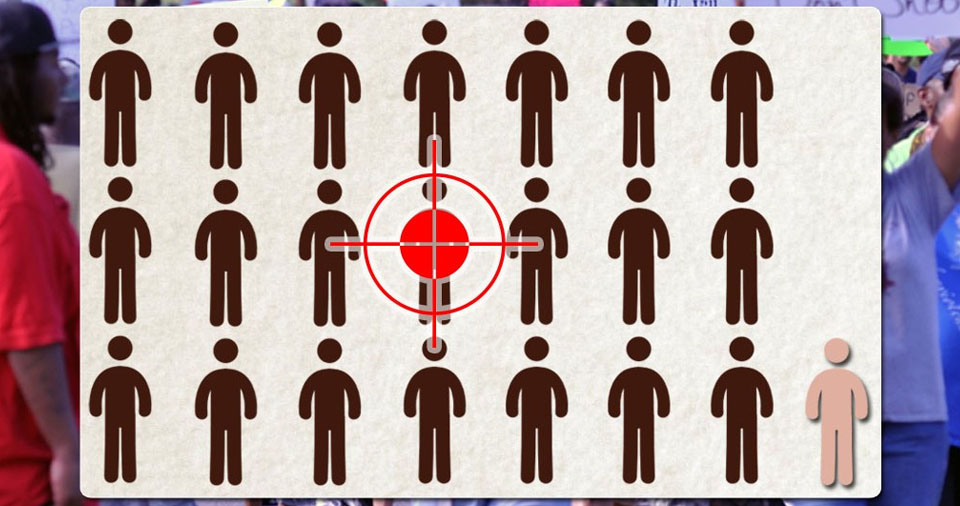 Young black men shot by police 21 times more often than young white men: If you were their mothers, would you find this acceptable?

If you still harbor any of those sparkly, rainbow, magic unicorn poop delusions of racism being a thing of the past, this grim new statistic should give you a cold, bracing ice bucket challenge full of reality. A shocking new study from ProPublica reveals: Young, black males in America are 21 TIMES more likely to get shot by police than white males.

That’s right. Black males are 21 times more likely to get shot by police. Twenty. One. TIMES. More likely. How would you feel if you were the mother of one of these young men?

ProPublica’s risk analysis on young males killed by police certainly seems to support what has been an article of faith in the African-American community for decades: Blacks are being killed at disturbing rates when set against the rest of the American population.

No wonder the beloved right-wing icon Ronald Reagan famously said, “Facts are stupid things.” The cold, hard facts do tend to have a liberal bias, and hence Ronald Reagan and his ilk want nothing to do with them.

Because the grinds over at ProPublica have gathered and pored over more than three decades worth of police homicide data and find a heavy tilt towards young black men getting shot by police.

Our examination involved detailed accounts of more than 12,000 police homicides stretching from 1980 to 2012 contained in the FBI’s Supplementary Homicide Report. The data, annually self-reported by hundreds of police departments across the country, confirms some assumptions, runs counter to others, and adds nuance to a wide range of questions about the use of deadly police force.

Young black men aren’t the only ones getting shot by police.

But, before the rest of us non-black male Americans get complacent, we need to take a long, hard look at the militarization of police across our nation. Police are killing plenty of other people, too. The ProPublica study also uncovered a host of other disturbing facts, including:

h/t The Grio. Featured image: Infographic, Elisabeth Parker with Piktochart; Background image cc 2014 Loaves of Bread via Wikipedia. A version of this ran in If You Only News, 10/12/2014.