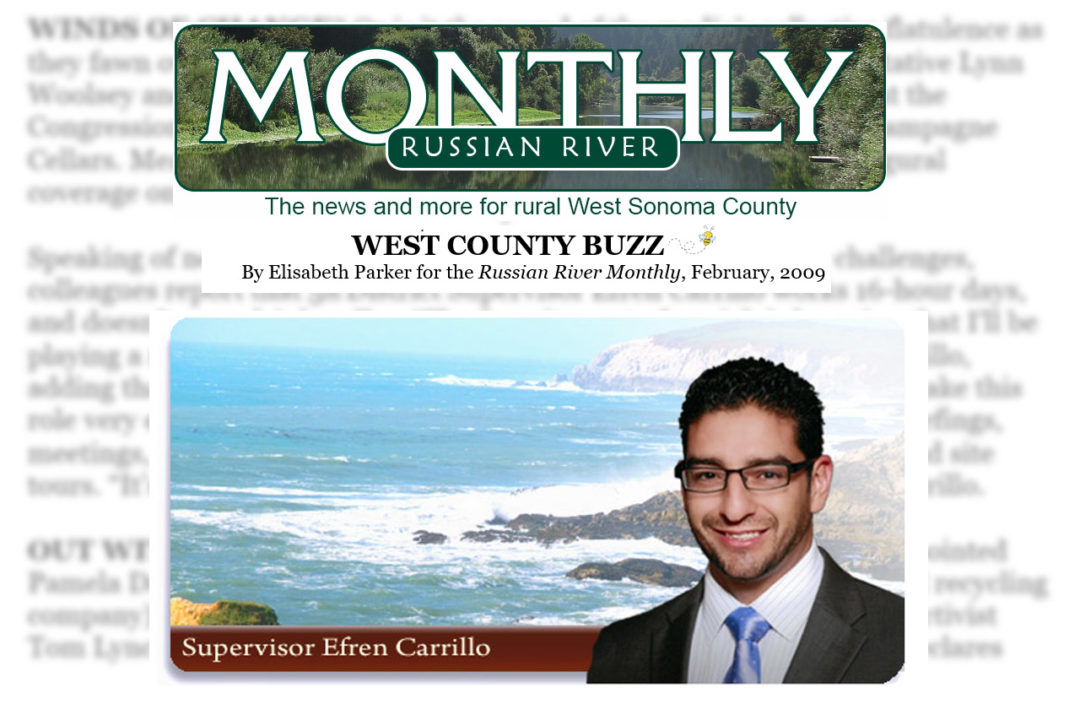 Intro: Do you hear the winds of change? Or is it the sound of the media’s collective flatulence as they fawn over President Barack Obama?

“West County Buzz” was my monthly column for the now-defunct Russian River Monthly. This newspaper covered news, issues, politics, and events in towns along the Russian River in Western Sonoma County, California. “West County Buzz” took a more light-hearted approach with local color, humor, happenings, and insider gossip. And I had to fit it all into about 800 words!

I wrote my local column for the Feb. 2009 issue of the Russian River Monthly as President Barack Obama and our young, newly-elected District Supervisor Efren Carrillo took office.

Alas, I can’t link you to the original article because the Russian River Monthly was a casualty of the Great Recession.