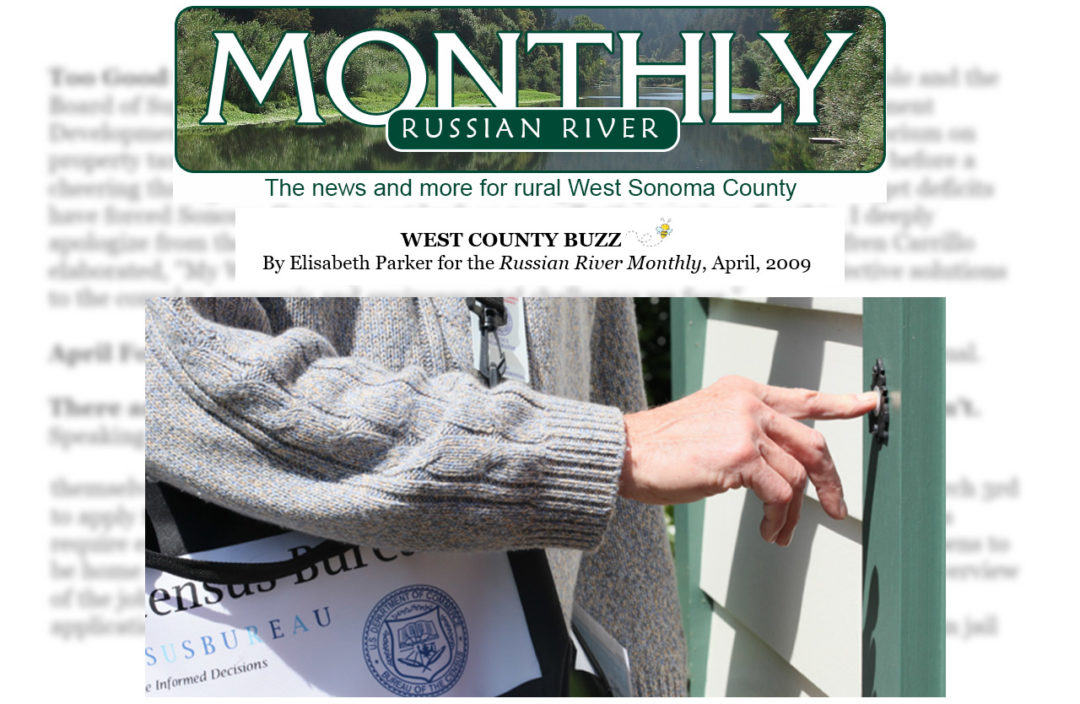 I led in with an April Fool prank for April 2009’s “West County Buzz” column and then reported on neighbors vying for highly-coveted census taker jobs amid farewell festivities for a longtime resident, a rain-soaked barbecue, and why we call the local booster station “Handy Andy’s.”

Alas, I can’t link you to the original article because the Russian River Monthly was a casualty of the Great Recession.