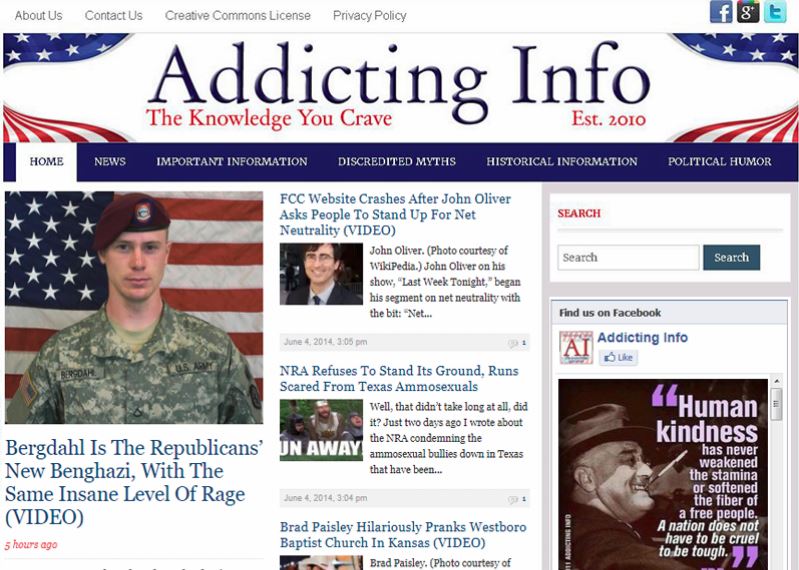 Addicting Info is one of the biggest news and politics blogs on the Internet, with a Facebook following of 1.3 million. While I was there, we had 230,000 followers and over 2 million page views per month.

I first noticed them in 2011 thinking, “Finally! Someone’s saying things I’ve been screaming at the TV all these years!” Before that, I thought I was the only one fuming while pundits gave “equal airtime” to climate change deniers and racist dog whistlers. When the managing editor posted that they were looking for writers and editors, I jumped on it.

I started out as a writer and editor, then gradually evolved into the role of senior editor. As senior editor, I took over as managing editor two days a week and played a greater role in story selection and promotion.

But I didn’t just get to indulge my penchant for politics. I picked up some invaluable skills. When it comes to framing, packaging and sharing stories via social media, I learned from one of the best: Addicting Info‘s publisher, Matt Desmond.

To see my writing for Addicting Info, see the News & Politics section of my portfolio.

Addicting Info Gets a Site Makeover

Addicting Info started out in 2010 as a blog and the owner had never intended it to get as big as it did. It started growing by leaps and bounds and needed a cleaner look and reduced download times. But with millions per month in traffic, little downtime, thousands of posts, and a free WordPress theme, this was easier said than done.

This is how the main page and masthead originally looked. 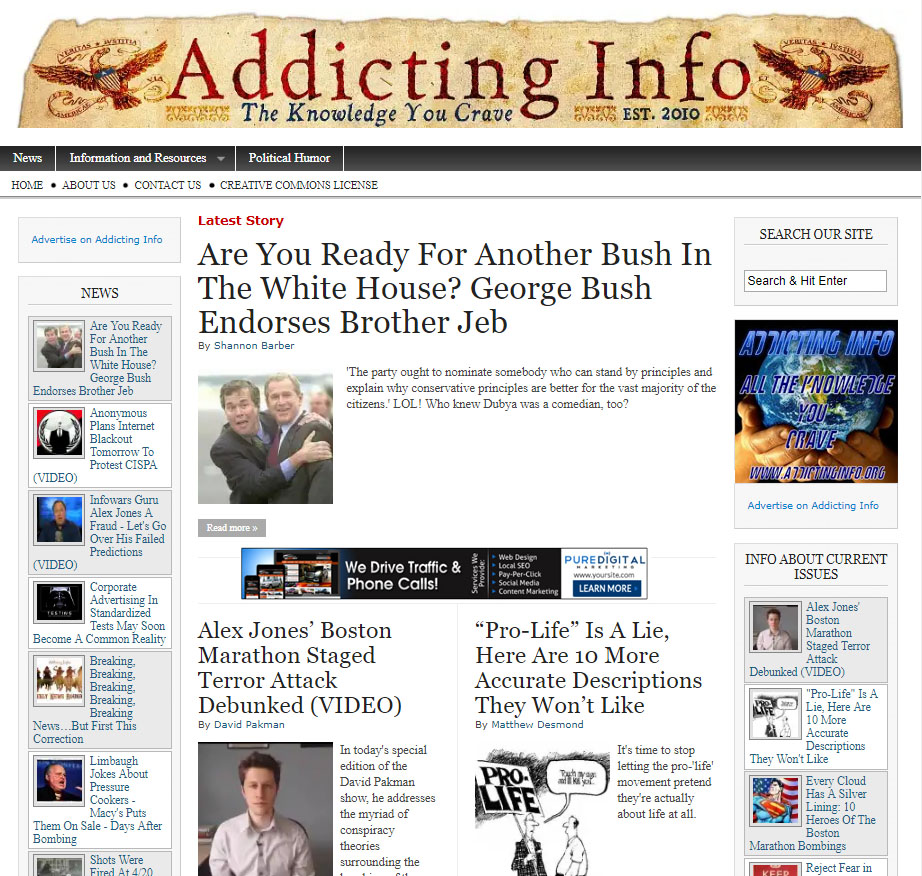 To avoid any major changes that could blow up, I kept things simple. Yet designing a new masthead graphic and making some tweaks to the stylesheet and CSS style sheet made a huge difference! We also did some major cleaning up by reducing image file sizes, deleting excess revisions, trashing comment spam, and switching to a Facebook-based comment system 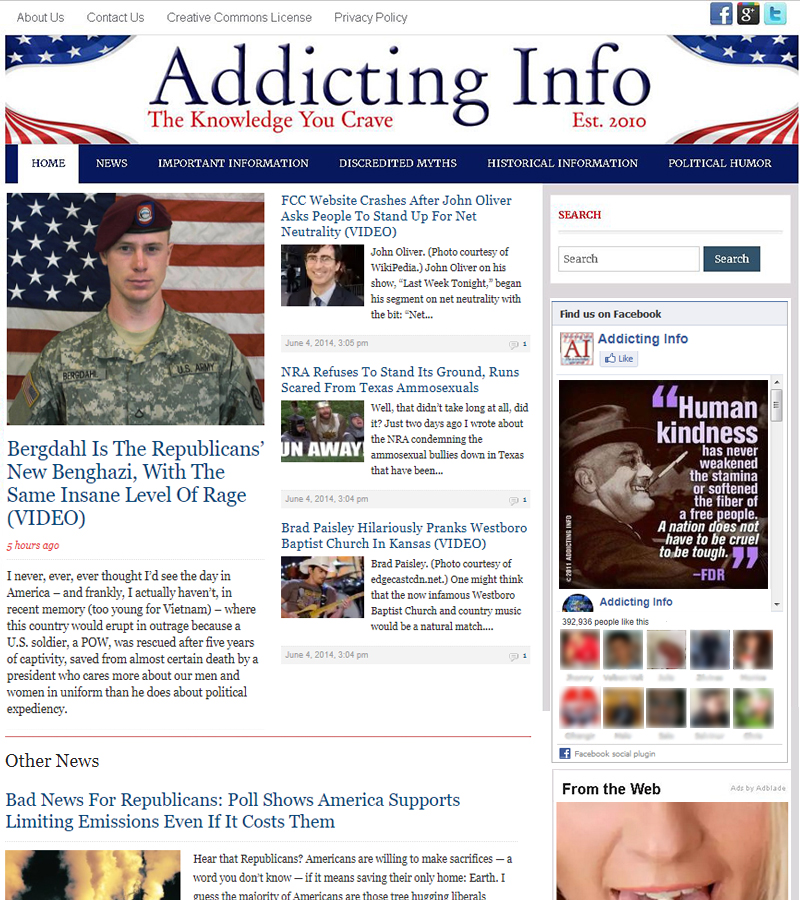 I also added a new profile picture and cover photo to the Facebook page. At the time, Facebook made a major change to its algorithms. We, therefore, needed the cover image to encourage our followers to change their notification settings so they’d keep seeing us in their feed. 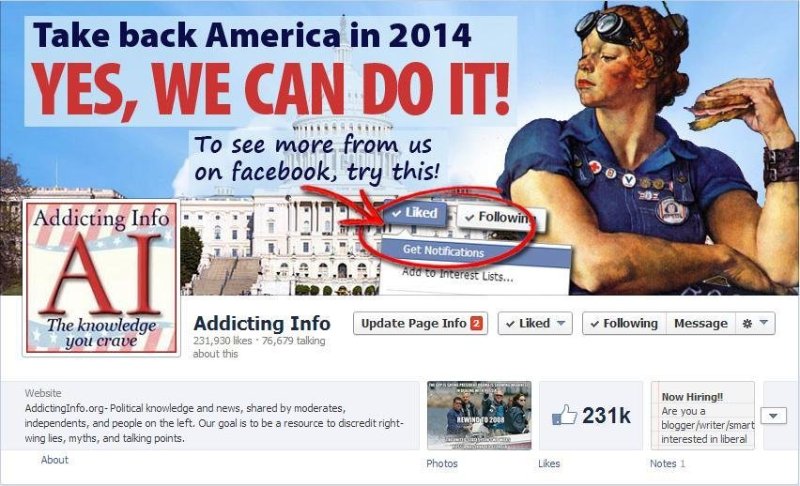