God Wants His Rainbow Back 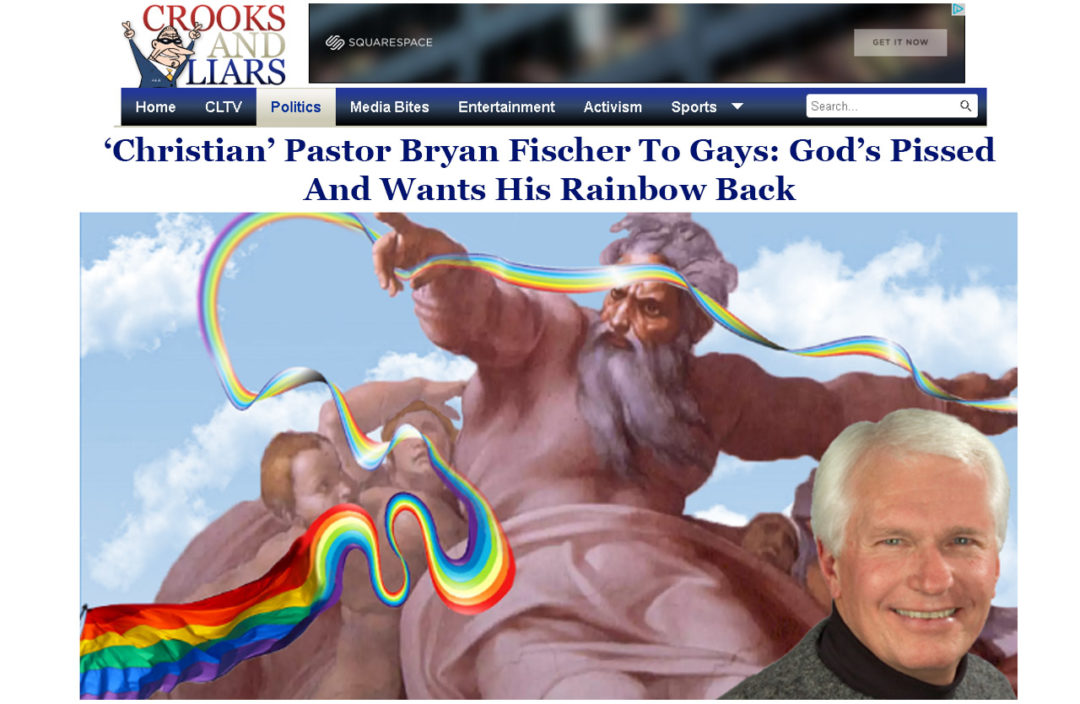 You can read the article by scrolling below or click here to view the PDF version.

The original article is no longer viewable on Crooks and Liars but you can see it on Deep State Nation.

Featured image: Composite with Michel Angelo’s painting from the Sistine Chapel with rainbows and photo of Bryan Fischer added.