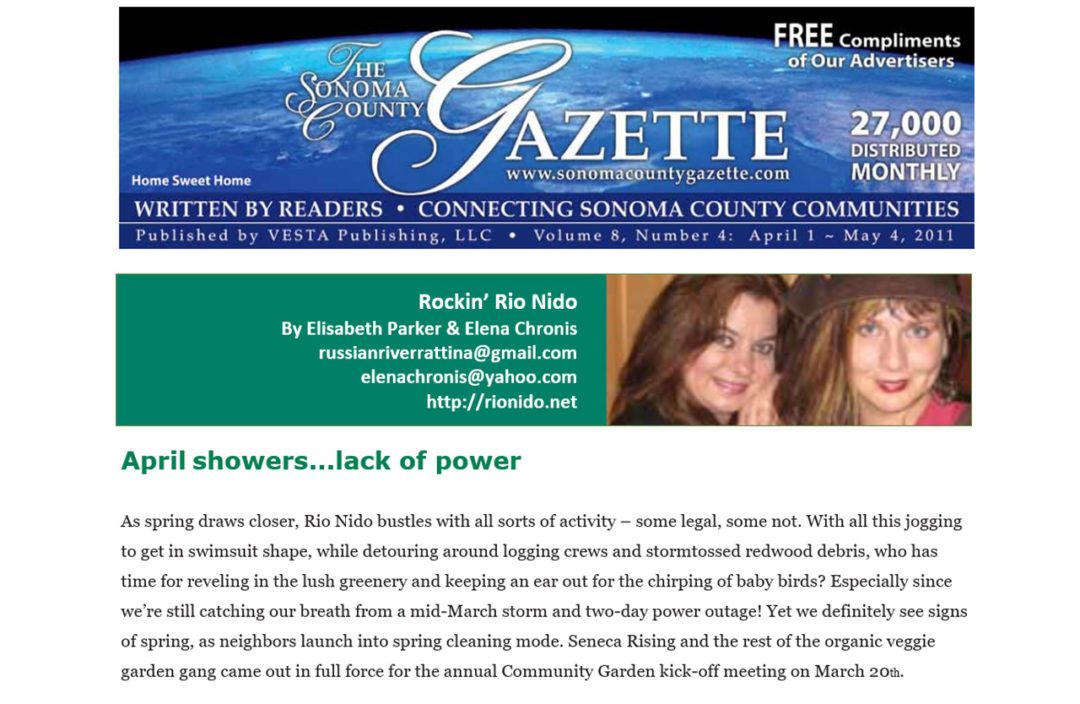 Intro:  As spring draws closer, Rio Nido bustles with all sorts of activity – some legal, some not. Now, about that champagne fountain grand opening…

The Sonoma County Gazette is a monthly community newspaper that features columns from towns in the area. Each of these reports covers local news, gossip, events, and issues of interest. Back in 2011, my then-hometown of Rio Nido didn’t have a column, so my friend and neighbor Elena and I started one.

For decades, Rio Nido was mainly a summer vacation community. But as more of us year-rounders moved in, we started to organize and promote neighborhood improvement projects. In April 2011, we indulged in some April Foolery (sorry, there will be no champagne fountain, chihuahua race track, or giant redwood bungee jumping station). But we also reported on news and happenings, plus we added a Featured personality section.

For a PDF with the full April 2011 edition of the Sonoma County Gazette click here.